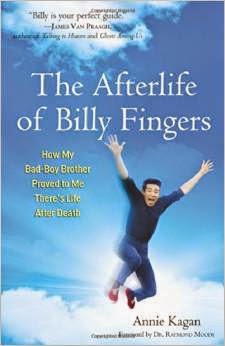 Update: 8/23/2016. At the time of publishing this interview and our book review, everything was really still raw from loosing my dad. I wanted to briefly tell you now how I originally discovered this book. One night I had a dream I was reading The Afterlife of Billy Fingers. The next morning I woke up and I stated to the Universe that if you want me to read this book right now it better be at the local used book store since I was headed out of town on a camping trip. I called the store and it was in. I ran over and picked it up on our way out of town. I devoured it within two days. Sunday I returned home from camping and a few hours later I received a call that my dad would be passing before the night ended. This book not only confirmed many of my own beliefs but it also helped put me in the right space to go through the first initial stage of loosing my dad. Dad I love ya! If you are in the midst of a loved one transitioning I send you love and light and hope this book brings you comfort. ~ Carol Lawrence

Recently my writing partner and best friend of 28 years Stacy Toten and I reviewed the book “The Afterlife Of Billy Fingers: How My Bad-Boy Brother Proved To Me There’s Life After Death.” Today we bring you a short interview with the author of The Afterlife of Billy Fingers, Annie Kagan. 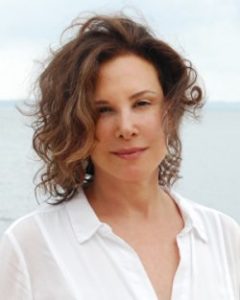 The Afterlife of Billy Fingers will draw you in and keep you engaged until the very last word.
A real life, inspiring, engaging, emotionally involved, deliberate, well-informed-highly intuitive book. This book will expand your minds and take you to places some of you may have never gone before. And this is a good thing. Annie Kagan will illuminate life and death by taking you on a vivid, colorful ride of her life through the impactful messages received from her brother in the after life.

Here’s a few answers to some of Annie’s most asked questions. Enjoy!

Carol and Stacy:  What is your book “The Afterlife of Billy Fingers” about?

Annie: It’s the story of how my brother Billy began visiting me after he died and convinced me to accompany him on his journey through the mysteries of the afterlife. That experience changed the way I thought and felt about everything.

Carol and Stacy:  How did your brother Billy first appear to you? Did you physically see him or hear him or both?

Annie:  A few weeks after his death Billy woke me at dawn. I was in bed and heard him call my name from above me. It was my brother’s unmistakable voice calling to me like he was at the top of a long stairway and I was at the bottom.  I didn’t see him then, but I did later on. How he communicated changed, as he changed.

Carol and Stacy:  How did hearing from your brother make you feel? Was it scary?

Annie: It was the opposite of scary. Billy was my bad-boy brother so when he told me he was drifting through the universe and all his pain was gone I was relieved. And while Billy spoke, the bliss of his world flowed into me and made me feel almost euphoric.

Carol and Stacy: Why do you call Billy your “bad-boy” brother?

Annie: All his life, Billy had a romance with the dark side. He was in and out of drug problems until finally, his addiction brought him to an addict’s death. But Billy was also fun and adventurous and charismatic. His favorite thing was helping people and that’s what he’s doing now; helping. In a way being a drug addict gave him a different understanding of life. He didn’t do well at life but he sure learned a lot about life’s difficulties.

Carol and Stacy:  Your book has become an international bestseller and has now been translated into many different languages. Over 120,000 people from more than 50 countries are following you on Facebook. Why do you think Billy’s message has resonated with so many people?

Annie:  I think it’s because Billy’s giving us spiritual knowledge in a street-cred kind of way. Billy wakes up what we knew in the higher realms, before we were born. That knowledge empowers us to be ourselves and live by our truth, not by society’s rules. 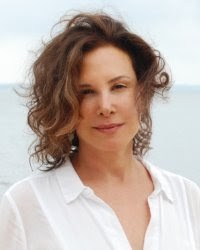 Annie Kagan began writing songs at the age of fifteen and began performing in New York City cafes and clubs. After ten years as a songwriter and performer, Annie became a Doctor of Chiropractic and opened a successful private practice on Manhattan’s Upper East Side. Attracted to Eastern spiritual traditions, Annie studied yoga and pursued an intense meditation practice. Following her inner voice, she left her career as a doctor and abandoned her hectic city life in search of serenity in a small house by the bay on the tip of Long Island. Soon, her brother Billy died unexpectedly and began speaking to her from the afterlife. She brings together her talents as a lyricist, performer and healer in order to touch the lives of others with Billy’s communications from the other side. www.anniekagan.com.

Together intuitively Carol and Stacy are fulfilling a calling and a passion to write children’s picture books. They are assistant editors for the family and parenting community at All Things Healing. They provide nurturing tips and encouragement for parents walking an intentional spiritual conscious parenting path by supplying an inviting platform for their established parenting community. Visit Intentional Conscious Parenting for author interviews, book reviews, and conscious parenting articles.

“Carol blows my mind every day!  She is absolutely incredible at what she does, and if you want someone who is actually going to…

“Carol is absolutely amazing to work with! She has done a little of everything for me and my company. She helped manage the day-to-day…