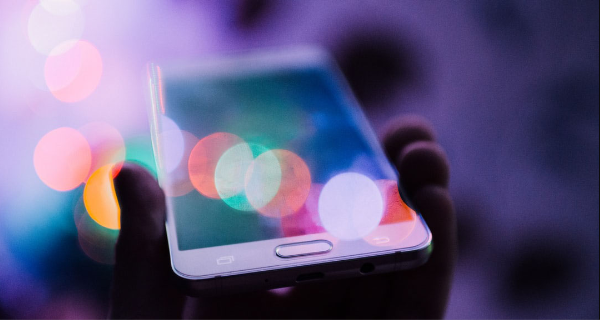 In the past decade, technology has driven drastic changes in society and reshaped the world. From major companies to small businesses, it is important to recognize important technological trends and constantly be looking towards the future in an effort to not be left behind. In the year 2020, the world may see fundamental changes in how we interact with technology and the effect it has on our lives. These are a few technological trends you should be prepared for in 2020.

Five out of six Americans are already using services based on some form of artificial intelligence, including ride-sharing apps, navigation apps, streaming services, personal home assistants, and smartphone personal assistants. In fact, voice assistance technology such as Siri, Alexa, and Google Assistant are predicted to have close to 2 billion users by 2021. Of all the recent trends in tech, artificial intelligence has the potential to be the most impactful. Most major companies have already begun to streamline the operations of their business and improve the experience of their customers. However, at this current time, most businesses are unable to afford the design and deployment of their own artificial intelligence-based systems. Therefore, these businesses rely on “as a service” platforms, which provide the data and algorithms for those who need them. These platforms are currently provided by Microsoft, Google, and Amazon. Right now, these platforms are fairly broad in scope, which requires expensive engineering to apply them to the specific tasks a business requires. In 2020, as the pool of providers expands, more and more platforms tailored to specific tasks will be offered. This will make it affordable for virtually any company to use artificial intelligence platforms.

Artificial intelligence is expected to have the most impact on applications powered by voice command since prominent companies are currently rolling out voice initiatives. In terms of commerce, many voice initiatives have focused on activities before and after the purchase of goods, but in the near future, consumers may be able to use voice commands to actually conduct purchases. Euromonitor International’s Digital Consumer Voice of Industry Survey found that, by 2023, approximately 5% of all purchases made digitally in the United States and China will be conducted through voice commands.

Computer vision refers to technology that is capable of recognizing people, places, and objects from visual images. This technology enables smartphone cameras to identify faces when taking pictures and searching for pictures through Google Image Search. Throughout 2020, computer vision tech and tools will be implemented in an increasing number of ways. For instance, production lines will use computer vision to spot equipment failures or defective products, security cameras will recognize the danger and send out alerts, and self-driving cars will be able to see and navigate around danger.

The United States is home to various startups that are currently implementing artificial intelligence technologies into manufacturing, such as Osaro, Kindred, and Vicarious. A company like Kindred has invented artificial intelligence technology to automate significant parts of distribution for clothing retailers such as GAP, while a company like Vicarious has drawn investments from Jeff Bezos, Elon Musk, and Mark Zuckerberg.

While self-driving cars may not become routinely traveled in or common in the next few years, Elon Musk, CEO of Tesla, Inc., has said he expects his company to create a truly autonomous vehicle by the end of 2020. In addition, features such as automated lane changing and braking will become much more common this year. Other entertainment and security features in cars will become increasingly automated and dependent on analytics and data capture. Waymo, a sister company of Google, completed a trial run of self-driving taxis in California, transporting more than 6,200 people in one month. In addition to cars, the shipping and trucking industry is expected to become increasingly autonomous in 2020.

As artificial intelligence technology evolves, it will come with more and more ramifications in terms of robotic process automation, which refers to mechanical devices designed to imitate the movements of human beings. Automation is already being used in a wide range of commercial applications, including food service, due to rising labor costs. Using robotic process automation for repetitive or menial tasks will allow humans to focus on other strategic or analytical related tasks, increase output and production, and enhance safety. Automation has been used for years in warehouses to improve order fulfillment and efficiency.

As more and more products are being designed with the capability of accessing the Internet, a lot of new opportunities in communication are presenting themselves. This widespread connectivity between all different types of devices allows for the intelligent interaction between things and people, which is referred to as the “Internet of things.” Devices such as cars, home appliances, and many others are already connected and able to exchange data over the Internet. Today, the number of devices on the Internet of things is over 8.4 billion and is expected to surpass 30 billion devices by 2020. Consumers are already benefiting from using the Internet of things. It is possible to preheat your oven or lock the doors to your home remotely, track your fitness and sync it to your phone with a wristwatch, or find a ride in minutes with a ride-sharing app. Because the consumer electronic market in the United States was worth $301 billion as of 2019, the potential for electronic devices working in harmony is endless. The Internet of things could even offer benefits not fully imagined yet, such as predictive maintenance and improved medical care and customer service.

Fiber optic cables are also widely used in medicine. For various medical procedures, optical communication is crucial for making surgical methods non-intrusive. In these procedures, a bright light is used to light up part of the body, which significantly limits the need for incisions. This is a method known as endoscopy. Fiber optics are also used in wiring for electronic devices in cars, for everything from the airbags, GPS, and radio. Real-prosthetics use fiber optics wiring to send pulses of light to the patient’s neurons, hopefully making it possible for amputees to feel physical sensation again.

These various technological trends are likely to change the world in 2020. While there are reasons to be concerned about artificial intelligence and automation and their effect on the workforce, 2020 and the years to follow will be a time of innovation and utilizing new technology to the maximum benefit of humankind.

“Carol is absolutely the best! I love working with her, she makes everything easy and just…