“BIT.LY”
Bit.ly is just a URL shortening service right? Wrong! Used by @marismith, @techcrunch, and @problogger, a free Bit.ly account will give you access to a dashboard where you can shorten and share links to multiple Twitter accounts.

“BUFFER”
Buffer is deemed the smarter way to tweet, and is used by @tweetsmarter.It allows you to simply schedule your tweets to be spread throughout the day so you don’t go through a reading spree and inundate your followers with 20 tweets within an hour. You can also get great analytics on your tweets which will help determine what your audience loves, or doesn’t, out of the content you share as well as the times of day you get the most action on your tweets.

“CO TWEET”
CoTweet, used by @nealschaffer, is considered a Twitter marketing tool for companies who want to engage, track, and analyze conversations about their brand. The free version allows you to manage your Twitter accounts, collaborate with multiple users, track clicks and limited analytics.

THESE ARE THE SOME TOOLS WHICH USED FOR THE ACCOUNT MANAGEMENT.
There are a lot of people who simply do not have the time to figure out who to engage with on Twitter. These people include:

Social media consultants who find it difficult to remember who they have engaged with among all of their various client accounts.
Social media community managers and teams who have to backtrack to see engagement made by other team members.

Even as an individual with a blog, I find it difficult to keep up with my mentions and direct messages on Twitter. No matter how much you want to talk to people, you simply can’t figure out where to start or you just don’t have the time.

Instead of taking you to an overwhelming dashboard of status updates and analytics, Community puts the focus on the most valuable part of any Twitter community from the moment you log in: people.

Twitter is the best way to communicate with people to make your online relationships strong.

About The Author: Brianne is a self-employed designer, illustrator & blogger. She loves writing, along with travelling. These days she is working on Online Ranking Tracker and keeping a close watch how Google is updating its algo.

According to WebsiteBuilder, up to 305 million start-ups are created every year. As a small... 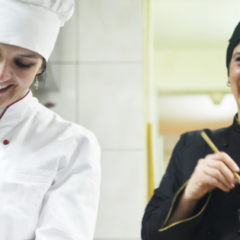 Fall is the perfect time to launch a new restaurant. The weather is cooling down,... 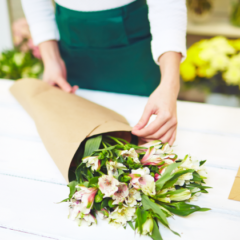 Any business owner has intentions of taking their business to the next step without a...

By now, it’s no secret that social media is a powerful tool for promoting just...

Running an online store can be trying sometimes, but when you know how to do...