It’s no secret that business and social media have an increasingly complex relationship. Despite the fact that about 41% of local businesses depend on social media networks to drive revenue, many businesses also depend on their employees to manage their personal social media accounts with professionalism.

That’s seemingly the fundamental principal that comes into play with The Washington Post‘s new social media policy, which prohibits its employees from any social media conduct that “adversely affects The Post’s customers, advertisers, subscribers, vendors, suppliers or partners,” according to The Washingtonian.

The policy elicited a less-than-enthusiastic response from The Post‘s Guild, which sent out a bulletin last Sunday stating its protest.

“If you’re like most of us, you probably acknowledged its receipt without reading it…But what you don’t know could hurt you,” wrote Guild co-chair Frederick Kunkle.

Implemented on May 1, the new policy is centered around three key principles. First, employees are refrained from “disparaging the products and services of The Post’s advertisers, subscribers, competitors, business partners, or vendors.”

There’s also a clause prohibiting employees from using social media while on company time unless its use “is an authorized part of your job.”

Perhaps the most troublesome part of The Post‘s new policy, however, involves the encouragement of employees to serve as whistleblowers for those who may be violating it.

“If you have any reason to believe that an employee may be in violation of The Post’s Social Media Policy … you should contact The Post’s Human Resources Department,” it says.

For many, this policy may be hard to follow. According to IBM, more than 2.5 quintillion bytes of data are generated each day, much of it coming from social media posts and content. Social media is even starting to serve as one of the public’s main news sources: the most recent statistics on the subject cite that nearly two thirds of adults get their news from major social media networks such as Facebook and Twitter.

There’s also the issue of employee satisfaction. About 72% of actively engaged employees believe that they can have a positive impact on customer service at their companies, but many supervisors connect social media use on the job with employee disengagement as opposed to active engagement. Still, many would argue that strict corporate policies such as this one can easily have a negative impact on overall employee morale and satisfaction.

It’s also plausible that the policy came after a journalist at the Denver Post was fired for posting a racist tweet. Post employees received an email written by managing editor Tracy Grant. The email was meant to serve as “an opportunity to remind people of their obligations under the newsroom’s social media policy.”

However, the Washington Post is far from the first news outlet to enact a social media policy. A former social media policy from the Los Angeles Times restricts employees from being able to “write or post anything that would embarrass the LAT or compromise your ability to do your job.” In a similar vein, the New York Times‘ simply say to their employees that “your online behavior should be appropriate for a Times journalist.”

Ultimately, as social media begins to become more widespread, news outlets and their journalists will have to determine a happy medium regarding its use. But for now, the Guild is trying to remove the highlighted parts of the Washington Post‘s new policy. Even though it doesn’t explicitly cite any repercussions for violations, Kunkle argues that they’re heavily implied.

[The policy] “assures us that no one would get in trouble for such social media activity,” Kunkle wrote, “but that’s the way the policy is written.”

Kelsey Rausch is a writer and an avid world traveler. When she’s not writing or listening to 80s music, you can find her exploring different countries, taking selfies with her dog Lady, and in constant search for the perfect brownie recipe. 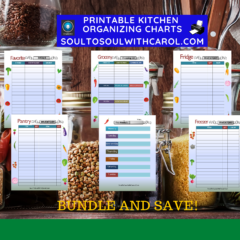 Many families are feeling the crunch of higher prices at the grocery store, gas pump,...

This is definitely not the time to become complacent hoping someone else will take care...

Running an online store can be trying sometimes, but when you know how to do... 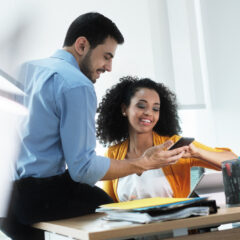 If you have a brand that you want to grow, it’s important to use all...

Running a business in the current age means keeping a finger on the pulse of... 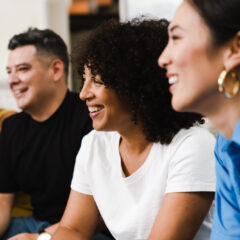 Use the tips below to get more clients for your small law practice using social...

If you own a boating business, it can be a challenge to keep things up...

Over the past year, I’ve dived into creating a side income with my Soul To...

To bring awareness to issues via social media marketing, you will need to use the...