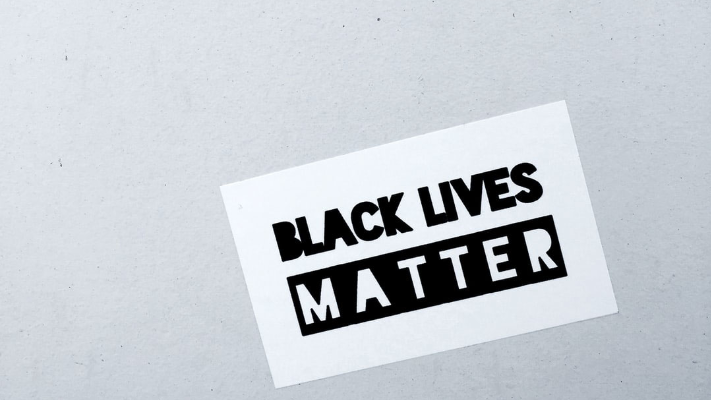 Now, more than ever, brands are being watched on social media. Although more than 51% of smartphone users have discovered a new company or product by conducting a search on their devices, it’s important to remember that the internet giveth — and it taketh away.

That has arguably never been more true than in the aftermath of George Floyd’s death at the hands of police. The Black Lives Matter movement has been around since 2013 — and both racism and police violence and brutality perpetrated on the back community are nothing new. But in light of these most recent events (and perhaps amplified by the conditions surrounding the coronavirus pandemic), both individuals and businesses are now subject to pressures they can no longer ignore.

If you were at all active on social media throughout Tuesday, June 2, you probably noticed the abundance of black squares being posted to your feed. Although these screens were meant to be a sign of solidarity, indicating support of Black Lives Matter as both an organization and as a concept, the move backfired spectacularly for many users. Not only did the use of #blacklivesmatter in the caption make the hashtag virtually useless (a major concern for protesters and activists, who often use this feature to communicate urgent developments), but the original concept became completely lost once feeds were flooded with black screens. Instead of having non-Black users fade in the background in order to “amplify melanated voices” (as suggested by Alishia McCullough and Jessica Wilson, who conceived one social media challenge to take place from June 1 to June 7), the act of posting a black screen or a “muted and listening” image clogged up feeds for everyone. The end result? Abandonment of the platform and frustration from the Black community.

Although many Black creators emphasized that many people’s intentions were good, some stressed that the impact (especially when using BLM’s hashtag) was anything but. And even when those hashtags weren’t used, many argued that the outcome was nothing but performative allyship. After all, they stressed, if all a person or business does is post a black screen and takes no other action, they’ve done nothing to support the Black community or dismantle racism in society.

Most American brands had to quickly rethink their posting strategies in light of the social media firestorm — and some managed to stand up to racial injustice in the right way. Brands like Ben and Jerry’s, Anastasia Beverly Hills, Glossier, and others stepped up to the plate, creating clear calls to action and donating major sums to organizations that support the Black community.

But some brands like ban.do, Revolve, and Dolls Kill were publicly called out by social media followers for posting black squares with no action — or worse yet, pretending to be allies, despite a history of racist language and ideology in the past. The founder of Dolls Kill, an alternative brand that’s been marred by prior ethical controversies, was condemned for a video she posted in support of local police positioned in front of her storefront. Coupled with the fact that the brand was slow to act (and posted only after founder Shoddy Lynn’s video went viral), it’s clear that many consumers won’t be shopping there any time soon. Although 43% of U.S. small businesses fail to track their inventory, it’s likely Dolls Kill will feel the impact when consumers vote with their money and when apologies ring hollow. Even Disney, which pledged $5 million to social justice organizations, has suffered some backlash — particularly in regards to a detailed Facebook post made by actor Cooper Howell, who played Prince Hans at the “Frozen: Live at the Hyperion” attraction at Disneyland.

Taking any kind of political stand used to be seen as a major risk for brands. The object was to remain neutral, in order to appeal to the masses. But now, you might be taking an even greater risk if you don’t tell consumers where you stand — and if you aren’t willing to put your money where your mouth is. Even when organizations mean well, it’s entirely possible that statements may come off as hollow at best and as virtue signaling at worst.

As summed up by Vox: “Customers, especially millennials and Gen Z, are holding brands to a higher social standard than before. People overwhelmingly prefer to buy from companies that share their beliefs and values, especially now, in the midst of a pandemic-induced recession when spending is limited. Brands appear eager to demonstrate care for their customers and employees, and given the massive wave of social unrest, it’s natural for them to want to appear as compassionate allies. Yet, people are sensitive to tone-deaf or empty statements, and there’s no shortage of blunt criticisms online.”

If you haven’t already made a statement about Black Lives Matter on your social platforms, it’s entirely possible that you could already be too late. But since it’s better late than never, you’ll want to make sure you publicly commit to bettering your business to fight against racism, make donations to organizations in need, and be careful not to center the posts around yourself. Above all else, you’ll want to acknowledge that criticism is warranted, that you’re committed to making changes, and that you’re ready and willing to learn. While it’s no easy task to be that vulnerable on social media, brands are being given a major opportunity to make a real change; if you don’t respond to the call, you might well get left behind and suffer some major consequences.

Devin is a writer and an avid reader. When she isn’t lost in a book or writing, she’s busy in the kitchen trying to perfect her slow cooker recipes. You can find her poetry published in The Adirondack Review and Cartridge Lit.

“Carol is absolutely amazing to work with! She has done a little of everything for me and my company. She helped manage the day-to-day…