If you’ve been paying attention at all self-help market or the natural supplement market, you will have heard a lot about CBD. Even if you don’t look into the market, chances are you’ve heard someone talk about how it helped them. The question you might find yourself asking is why have you heard so much about this product recently.

There’s a lot of reasons that all tie in together, but it all goes back to when states began to legalize marijuana despite the federal laws that state that marijuana is still a Schedule 1 drug.

Colorado was the first state to do this in 2014, to amazing results. Legalizing and taxing marijuana sales has led to quadrupling the state’s tax base and significantly reducing the number of people prosecuted for marijuana-related crimes.

Since then, 10 other states including Washington D.C. have fully legalized marijuana for recreational purposes. This opened a lot of doors for researchers to be able to figure out what it is about marijuana that makes it so helpful for so many people. Previously, the workings of marijuana was a gray area of the research world because of its legality, but researchers were finally able to dig into the cannabinoids that make marijuana what it is. It also opened the doors for people already using or selling essential oils to use those cannabinoids in similar ways.

With industrial hemp being legalized in 2018, those doors opened even further.

There are two cannabinoids that do most of the work in marijuana, CBD and THC. CBD is also known as cannabidiol and is non-psychotropic, which means it won’t get you high.  It works as a mild sedative, which has been found to help some users with issues ranging from high blood pressure, sleeplessness, and even seizures when recommended by a doctor. CBD products are technically legal to sell throughout the United States since they are distilled from industrial hemp.

THC, or tetrahydrocannabinol, is the other main cannabinoid. It is what will get users high, give them dry mouth, and show up on drug tests. Many employers still ban THC from being in their employee’s systems while they are at the office, making it risky to use even in states where recreational marijuana is legal. You can probably guess why CBD is the more popular of the two in commercial products.

It is sold in a variety of formats, from topical oils to ingestable ones. However, not all of these products are created equally. Because the FDA does not regulate these, there is a wide range of quality and accuracy in the labeling. There are quite a few ways to research the product you’re getting, but the best way to do so is to ask for a certificate of analysis. Any credible company will have one created by a third party that will tell you exactly what you are getting from the product you are looking at before you purchase it. This is especially helpful if you are looking to resell the product yourself. Being informed is a great look for any company.

This guest post has been written by Amelia Noble, a researcher with the CBD Awareness Project. When she’s not working, you can find her playing board games.

If you are in the CBD/Hemp Industry and are in need of a consultant to help you navigate the winding roads of customer service, business organization and more contact Carol, the owner of this website.

Did you know that kids have become the family’s top decision-maker when it comes to...

Small business marketers don’t have a cushion to fall back on compared to larger businesses.... 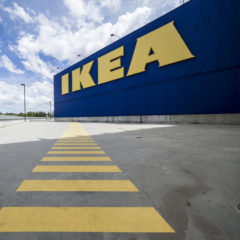 Social media has done its part for better or for worse regarding its influence...

SEO is constantly in flux. The ever-rolling Google updates force businesses the world over to... 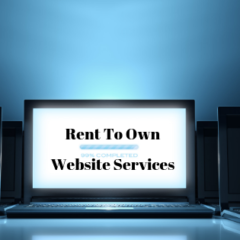 I personally don’t build websites for my clients. I however have the best referral for...

Search engine optimization is constantly changing and it’s important for companies to keep up with... 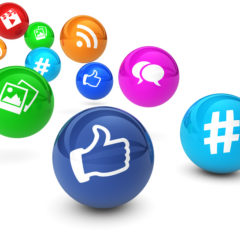 In today’s digital world, businesses have to be active on social media to reach a...

Businesses of nearly every type, size and niche can benefit from a social media presence....

Carol has been handling social communications The Art of Retouching for about a year now. I check in on it every now and again….